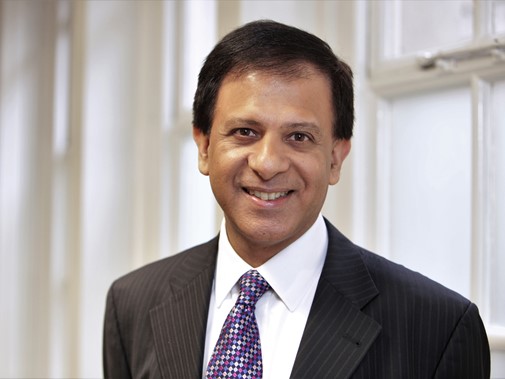 Dr Chaand Nagpaul is a GP in Harrow and Vice-Chair of the area’s LMC, he was previously Chair of the BMA’s General Practitioners Committee and then Chair of the BMA itself. For South Asian Heritage Month he writes about the contribution of South Asian doctors to the NHS and the challenges they have faced.

We’re in the midst of South Asian Heritage Month (which runs from 18 July to 17 August), celebrating the culture and people in the UK who originated from South Asian nations.

It’s therefore fitting to pay tribute to South Asian doctors who have a long history of working in the UK even prior to the inception of the NHS – it is estimated that by 1945 there were ‘no less’ than 1000 Asian doctors throughout Britain, 200 of them in London alone and most of them GPs. After the birth of the NHS, it was government policy to recruit doctors from overseas to plug workforce shortages and during the 1950s and ’60s thousands more doctors from South Asian nations arrived in the UK. Indeed in 1961, Lord Cohen of Birkenhead commented in a House of Lords debate that: ‘The Health Service would have collapsed if it had not been for the enormous influx from junior doctors from such countries as India and Pakistan.’  Lord Taylor of Harlow in the same debate said: ‘They are here to provide pairs of hands in the rottenest, worst hospitals in the country because there is nobody else to do it.’

Today about 35% of doctors in the NHS qualified abroad and South Asians make up the greatest proportion.

As a migrant of Indian origin myself coming to the UK at the age of seven, I’ve grown up as part of a community in which I saw our family’s friends and relatives from India giving their heart and soul working for the NHS. Amongst my earliest memories as a medical student was shadowing immigrant Asian doctors whilst on call.  I was struck and touched by their sheer hard work, knowledge, dedication and loyalty serving the nation – many separated from their families in their home countries. Many had worked in hospitals in remote areas with gruelling 1 in 2 rotas that no one else wanted to work and others forced into perpetual locum posts. It was glaringly obvious that the immense talent of South Asian doctors was not being rewarded, with many suffering inequalities and unable to achieve the senior positions they deserved. To me they were the lifeblood and unsung heroes of the NHS and a source of so much inspiration.

In general practice in the 1970s it was commonplace for job adverts in the BMJ to state that “only British graduates need apply” (a practice which stopped in 1976 following the introduction of the Race Relations Act), which meant that South Asian GPs were often restricted to working in poorly resourced practices in inner city areas. This is reflected in London having a higher proportion of South Asian GPs congregating in deprived areas. This has in fact been of immense value to London’s own multi-ethnic population, with doctors able to communicate with patients without language barriers and with cultural competence.

When I qualified as a GP and became a partner 32 years ago in North West London, what struck me was that the majority of single-handed practices were led by South Asian doctors, often working in run down terraced housing. I have memories of being so welcomed, supported and encouraged by them in my infancy as a new GP in Harrow. As an LMC member in the 90s I saw many Asian GPs’ practices disproportionately denied investment, with funding often directed to well-resourced larger practices with already modern premises but who were “in the know” and with the expertise of making bids – widening inequalities between the “haves” and “have nots”.  Yet the same South Asian doctors have often suffered the indignity of excessive performance management and poorer CQC ratings with no regard to being disadvantaged in working with historically lower investment, in poorer premises, with lower staffing levels and serving populations with greater demands. Equally, I’ve seen many South Asian doctors, despite these hurdles, work against all odds and build up their practices over decades into modern medical centres, demonstrating their grit, industrious work ethic and determination to best serve their local communities.

During my tenure as BMA Council chair, one of my key priorities was to ensure that international medical graduates (IMGs) – the majority of whom are South Asian – should be rightfully welcomed, valued, treated equitably and supported to succeed and reach their full potential. I accordingly set up a dedicated BMA IMG workstream in the BMA, with IMG champions in each branch of practice – including in GPC – to ensure that the perspective and needs of overseas doctors is built into our representational work. Supporting IMGs must also be integral to the role of ICSs, to ensure that IMGs receive fit for purpose inductions with ongoing mentoring given the additional challenges of working in another country and a different healthcare system and culture.

South Asian Heritage month is a time to express our deepest gratitude to South Asian doctors who have literally kept the NHS afloat through the decades. It is also a celebration of the rich diverse talent that they bring to our health service – a sentiment that deserves to apply not just this month but throughout every day of the year.

Back to all news